*My* Son Would Never View Pornography 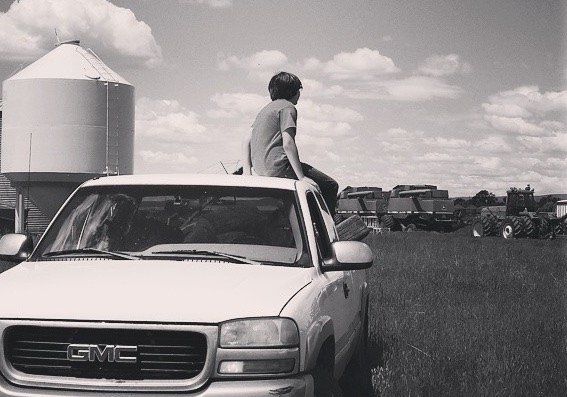 Have you ever caught yourself thinking that your child would never view pornography?  That he/she is completely safe because...

The fact is, our children are bombarded on a daily basis with pornographic images.  Hardcore?  Maybe not.  But pornography is not defined by where it falls on the sliding scale between soft and hard.

Let's see what Webster has to say...
Ok, makes sense, right?
But what does obscene really mean?

The reality is, every-single-child is at risk.

I share the following story by permission from my son . . .

My son is amazing. He is currently 14 and in 9th grade. He has participated in band, choir, chess club and another (weird) club where they made underwater robots. He does well in school, with a stellar 3.36 GPA and is responsible when it comes to getting himself to and from school everyday.

He loves seminary and often comes home talking about what he has learned and how he can apply those principles in his own life. And let me tell you, the kid is funny, but more importantly - he thinks I am funny; often telling me 'you are the coolest mom in the world.'

He is active in church, having served as the Deacons Quorum President for two years and now, in the absence of an active President for either the Deacons or Teachers Quorum, fulfills most responsibilities for both. He goes to church early every Sunday to secure brethren to bless and pass the sacrament, and stands at the front during Priesthood opening exercises once a month asking for volunteers to collect fast offerings.

He has a good heart; a service oriented heart. He has this amazing capacity to love everyone, and be kind to everyone, even in the face of not being the most popular kid in school. He is made fun of a lot but he strives to not let it get to him, and succeeds for the most part.

He is not perfect.
But he is good.
I felt he was one of those kids that  easily fell under the category 'would never view pornography.'

I mean, if there were such a category.

I was wrong.  He did have access and he did view.

He became withdrawn, sucked into his own world.
He would rush home from school, anxious to play a new computer game:

"Can I just play upstairs in your room where no one can bother me, mom?"
"Sure, I don't see why not"

I was careful to limit his time on the computer, and I wasn't worried about him accessing anything inappropriate because, besides being a 'good' kid and having all the devices in our home protected, it just never occurred to me that it was a possibility.

Then one morning I awoke to find a blog linked to me on Facebook. I was touched by a particular post and took some time to respond to it. A week later I wanted to revisit the post to see if there had been any additional activity. The funny thing was -  for the life of me I couldn't remember the name of the blog and, even after much searching, I couldn't locate where it had been linked to me.

Then came the familiar whisper . . .

It took me a bit to actually figure out how to check my history, as I'd never done it before.  Once I got it open I started scanning for the blog, but my eyes caught something else. My heart dropped as I found searches on terms that would lead anyone into a dark place.

I was confused at first because my husband and I have our own computers and 'no one else uses it.' It never even entered my mind that my son, my sweet and good son, would fall into the same trap that kept me bound for so long.

But then I looked at the time periods during which the searches occurred and realized they corresponded with my sons computer time. Seems he wasn't playing his game after all. No, he was hurrying home each day because he was already sucked in. His mind had become desperate for those images, always wanting more more more...

I took a closer look at the searches and quickly identified a pattern.  Each set of inappropriate searches were padded by searches on Star Wars in an attempt to hide his behavior.

I can imagine Satan was whispering all the same lies to my son, that he had whispered to me:

Hide it so you won't get in trouble
Your mom will be mad at you
Looking isn't bad, just acting on it is
If you don't hide it, you'll never be able to look again

I felt so sad for him.  My heart grieved for the loss of innocence, as well as for my naivity. But as sad as I was, it was quickly overtaken by swelling amounts of gratitude. I knew that Heavenly Father had hidden that blog post from me on Facebook so the Spirit could prompt me to check my internet history. Even though I was naive, the Lord was not and was ever watchful over my son.

Later that day my husband and I sat down and talked to him. We were very careful to not come from a place of panic or fear or shame. We worked that afternoon to prepare ourselves Spiritually in order to approach the situation in a loving way.

Our son was surprised, yes, and fear washed over his face - but I was quick to reassure him:

His chin raised a bit as tears streamed down his young cheeks.

I felt the heaviness in his heart and I desired so much to just take it away.  But I couldn't, so I did the next best thing.  I took the opportunity to open up a dialogue on shame, cravings, isolation, triggers, desperation, agency (loss of) and bondage.  I taught him about the whispering's of the adversary and how he makes dangerous things seem so enticing.

The conversation went well and any shame he may have felt quickly alleviated.

I wish I could say the struggle ended there, but the following weeks were a bit rough. He seemed more sorry that he got caught than he did for what had happened.  He became depressed and irritable; he picked fights with his brothers and was quick to anger toward his dad and I.

I was desperate to help him, but I didn't know how.

I felt like Alma as he prayed for his son, Alma the Younger, to find true Godly sorrow because I knew how powerful Godly sorrow is in turning lost hearts back to the Lord.  I didn't expect an angel to appear to my son, but I desperately wanted him to have some experience to help instill in him the desire to fight

But I kept coming back to the same answer.

I didn't have the power to instill something in him that he needed to seek out for himself. All I could do was teach him the principles of humility and Godly sorrow and be an example of those principles in my own life.

Even at the tender age of fourteen, he still had his agency.
He had to want it.
He had to choose.

It took time, but he eventually came back around to being his usual happy self. I guess, maybe, sometimes we have to sit in our muck a while to really figure out we don't want to be there.

I am grateful for his shame-free willingness to share his experience, his weakness and his humility, in order to help others. I am so proud of him and am grateful he is mine.

I write this post for me, for God, and for anyone who is reading.
But I write more specifically to the parents who might feel their child is the exception.

Our children are faced with temptation every single day.  While writing this very post, I asked my son what he has seen over the last few days that would trigger him; things he has to fight in order to keep himself clean:

There was girl at school wearing a sheer shirt over a revealing tank top, and many girls don't wear bra's.  I hear dirty jokes all the time, and I overhear conversations where other kids are talking about sexual positions.

I look away though, mom. I just turn my head and try not to listen. I understand that those things make my body feel good but it doesn't make my spirit feel good. It takes me to a dark place and I don't want to go there again.

And who did he hear these things from? 'Good' kids whose innocence is also being corrupted.

If we believe that our children are completely safe from the harms of such stimulations we are underestimating the power and influence of the adversary as well as overestimating the maturity of the judgement center (frontal lobe) of our child's brain.

If we don't acknowledge the cunning capabilities of the adversary and recognize the susceptibility of our children, he will do what any criminal does... Search and destroy.

Satan goes after the 'good' kids that we so naively think are safe because his ultimate goal is destroy families by corrupting the righteous. It makes complete sense that he would strive to destroy the younger, more innocent and more naive, generation.

But do not fret, because there is hope.

We have the Lord Omnipotent on our side, over whom Satan has no power. So long as we call on the principles of grace by doing our best to educate and make aware, keep our homes free from temptation and access, and teach our children the principles of the Atonement - His grace will make up the rest, because His grace is sufficient.

Of this, I have no doubt.
Labels: Adversary child children Grace innocence