To all Utah State Legislators: Pornography is Poison 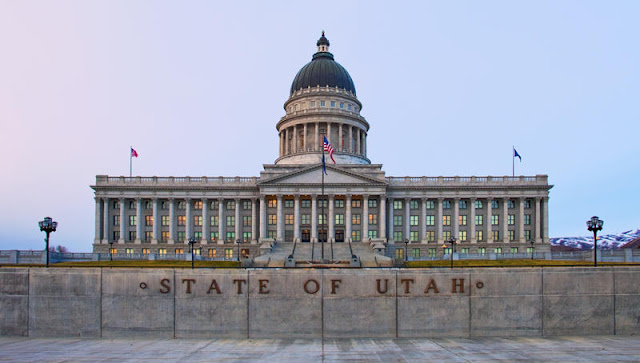 I am Sidreis, and I am writing to encourage all to promote and vote for Senator Todd Weiler's SCR9; designating pornography as a public health crisis.

See, I have been addicted to pornography for upwards of thirty years, since I was around 10 years old.

Because social stigma taught me that what I struggled with—as a woman, and especially as a Christian woman—was shameful, gross and disgusting, I hid it. I held that secret so tight that no one knew my deepest pain. The deficit that was created between how I really felt and the face I put on for the world absolutely exhausted me. I surged into a very deep depression where I remained for most of my life. In order to survive, I spent thousands of dollars on personal therapy, as well as anti-depression and anxiety medication. I also attempted suicide twice, spending countless hours in the emergency room and psych ward. Such cost was not only a strain on myself and my family, but also my community.

Pornography ultimately taught me that my value was only as great as my body could perform.

And then I had to get tested for sexually transmitted diseases. I had to endure the ridicule of the nurse as she looked down at me, shaming me for waiting to get tested, because I was terrified of the very scrutiny I was then under. Gratefully, the test was negative. And so was my HIV test.

Is this not all a public health crisis? Imagine if I hadn’t changed my life course as soon as I had.

Pornography has also been linked to sex trafficking, child sexual abuse, snuff films, and many other forms of illegal engagements, and sadly, I have likely contributed to each of these, simply by watching pornography and furthering its demand. I have personally compounded the public health crisis pornography now is.

All because of demand and supply. People watch pornography and then want more illicit material. More illicit material is then made, but it’s not illicit enough. Because as with any addiction, the current amount used is never enough. The craving is never satiated. The demand will never go away. And that is why we, as a society, actually have to do something. Common is the saying, ‘nothing changes if nothing changes.’

Gratefully, I have been clean and sober for almost three years now, but there are many that are not, and so the crisis continues.

It is up to us speak out in one united roar against the pervasive poison of pornography.

Thank you for your time.