Journal: Becoming a Seeker - Part 2 and 'The Gathering'

Well, I did it.  I attended my very first SA meeting.

Even mushed into a cool room with probably 30-40 other guys (and one other woman), I felt like I was at home; like I was family.  It felt so good to say my name, announce that I was new and have the entire room erupt in exuberant clapping simply because they were happy I was there.

I even received a 'hope chip' given out to newcomers... 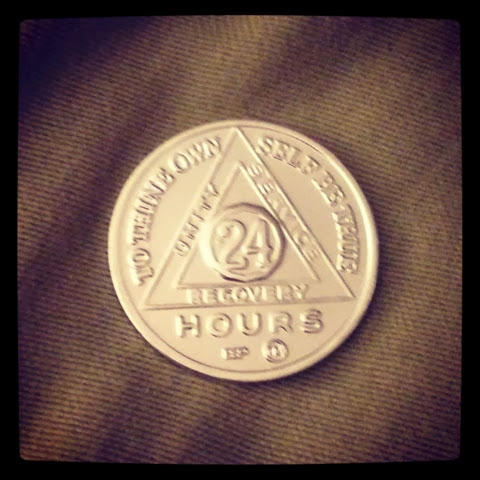 My husband and I, along with one other newcomer, were invited into a separate room to have a 'newcomers' meeting.  There, we learned about the focus of the meeting, what the meetings offer, step 1 inventories and sponsorship.  I was mostly already familiar with most of the information presented but there was some new stuff as well.

I admit, I wanted to be in the big meeting; learning from all the oldtimers.  That is why I am there.  To learn.

I have decided to become a regular attendee of SA.  I feel they have a lot to offer me and will seriously help me refine my recovery.

Now, being almost the only woman, there really isn't much to choose from for sponsorship.  Fortunately www.sa.org offers some resources there so I'll be reaching out to them for more information.  I'll also look into attending some women only phone meetings.

I'm excited to start this leg of my journey.  I feel the Lord has really put His stamp of approval on it and I'm gratefully looking forward to what He has in store for me next.

Also - there wasn't really enough interest to have a formal gathering similar to Camp Scabs so I'm going to hold off on that idea for now.  I understand that women in sex addiction are still bound by a ton of fear and shame so it doesn't surprise me that not much interest has been shown.  But, I also know that the time will come when it will be right - and I will revisit the idea when that moment arrives.
Labels: Journal Meetings SA Sexaholics Anonymous The Gathering