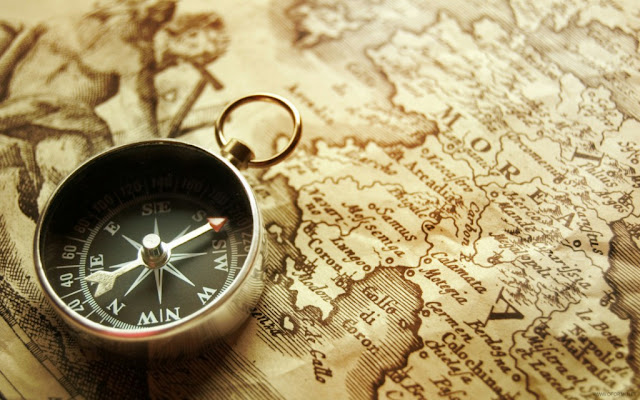 Orienting is a form of navigation; a pause before action that moves us from reacting to responding. I was introduced to this concept by Dr. Kevin Skinner just a few weeks ago at the annual UCAP conference in Salt Lake City.

Dr. Skinner had us picture a deer calmly grazing in a field that suddenly became spooked by something. Strangely, it didn't run. Instead, it lifted its head and trained all of its senses to determine whether or not there was immediate threat. It used its eyes to see, its ears to hear, its nose to smell and its sixth sense to trust its feelings. If threat was determined, it would respond accordingly and run. If not, it resumed grazing.

What they don't do, is react prematurely or irrationally.

Which is exactly what what I don't want to do in the face of this Joseph Bishop madness and the subsequent personal meltdown it triggered. Whatever questions or doubts I have about the Priesthood and it's authority on my behalf don't really matter right now. Making decisions fueled by heightened or acute emotion have greater potential to lead to regret than it does to anything else.

The fact is, even if I left the church today, nothing would really change in my life, because...
And I can do all that and still have lingering questions about Priesthood authority and the stupid things Priesthood leaders sometimes do and say and the wrong of those who cover-up and lie.

Yes, I still feel angst and dissonance surrounding all that, and I wonder if I'll ever trust another Priesthood leader again, but I don't have to do anything about that right now.

I'm orienting. I'm focusing. I'm drowning out the noise and honing in on what I know, rather than what I don't know. I'm doubting my doubts.

And I'm going to sit there a while and see where that takes me.
Labels: Abuse Doubt Faith Focus