Journal: Even If I Slipped 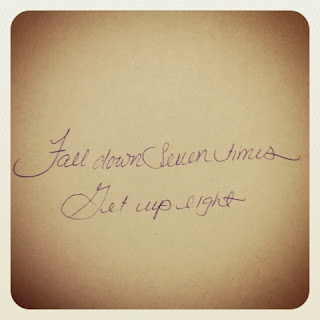 I'm having a hard time and I just need to put it somewhere.  I've had three user dreams in the last 5 days and I'm worn out.  I'd gone quite a long time without one, and really, having them every now and then doesn't really bother me anymore, but this is excessive.  I woke up from one of them and I was disappointed.  I was disappointed that I'd woken up.  I didn't want the dream to end.  That scared me.

I feel like I'm under attack.  It's funny that I say that though because really, I don't think there is any minute of any day that I'm NOT under attack.  That goes for all of us.  But I feel like when it's especially hard, like right now, it means I'm doing something right.

That fits.  It makes sense to me.  I've had a number of women reach out to me lately... which of course the adversary absolutely hates.  So it makes sense that he would attack me.  He possibly thinks that if he attacks me and gets me to fall that I would no longer be a source of hope for others.

Well I have something to say to you... Satan...

To you I say...
Even if I did slip... I wouldn't quit.
I'd get back up again.
I'd keep working.
And even if I slipped, I will never, ever stop testifying of the grace of God.
Even if you were to succeed in tripping me, I wouldn't give up.
You see, I know that slips do not define me.
So if I were to slip, it may seem like a victory to you, but it's not.
Because me getting up AFTER a slip is much more powerful than the slip itself.
And I will ALWAYS get back up.

So, to you Satan, Lucifer, Son of the morning, worm-tongue and bona-fide JERK...  I say...


YOU. WILL. NOT. WIN.
Labels: Journal